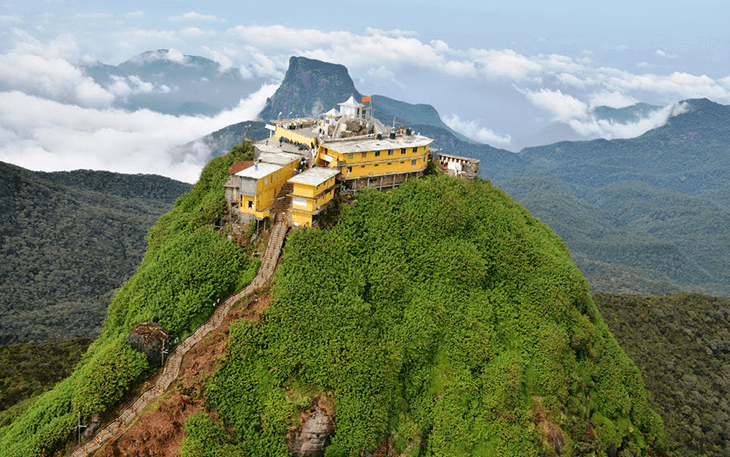 Adam’s Peak (also Sri Pada; Sinhalese Samanalakanda – සමනළ කන්ද “Butterfly Mountain”; Arabic Al-Rohun, and also ශ්‍රී පාදය “Sri Paadaya”; Tamil Sivanolipatha Malai – சிவனொளி பாதமலை), is a 2,243 m (7,359 ft) tall conical mountain located in centralSri Lanka. It is well known for the Sri Pada, i.e., “sacred footprint”, a 1.8 m (5 ft 11 in) rock formation near the summit, which inBuddhist tradition is held to be the footprint of the Buddha, in Hindu tradition that of Shiva and in Islamic and Christian tradition that of Adam, or that of St. Thomas.

The mountain is located in the southern reaches of the Central Highlands, in the Ratnapura District and Nuwara Eliya district of the Sabaragamuwa Province and Central Province —lying about 40 km northeast of the city of Ratnapura and 32 km southwest of the city of Hatton. The surrounding region is largely forested hills, with no mountain of comparable size nearby. The region along the mountain is a wildlife reserve, housing many species varying from elephants to leopards, and including many endemic species.

Adam’s Peak is important as a watershed. The districts to the south and the east of Adam’s Peak yield precious stones—emeralds, rubies and sapphires, for which the island has been famous, and which earned for its ancient name of Ratnadvipa 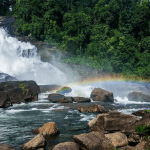 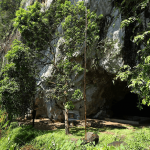 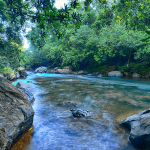